WELCOME TO THE ARCHWAY

PART OF THE NEWTON HERITAGE TRAIL

Along the High Street the most important buildings are St. Peter’s Church (at the southern end) and The Archway that you see before you. The building may look as if it has been here since time immemorial but it was originally built in the 1780s over a kilometre to the north at Wiswalls, just north of the present day Woodlands Business Park, as an imposing entrance to Haydock Lodge, a massive house at the centre of the Haydock Park Estate and home to the Legh family. The house itself was demolished in the mid 1970s and a modern hotel stands on the site, close to Haydock Park Racecourse.

Quite probably the same fate would have befallen The Archway had it not been re-erected here in 1840 to serve as a centrepiece of Newton’s revived market. Why they carried out such a considerable and costly undertaking is a mystery. It was probably connected both to the demise of Haydock Lodge as the seat of the Legh Family and Peter Legh’s enthusiasm at the time, to re-establish Newton’s Saturday Market, which had fallen into disuse by 1824. The Rams Head that surmounts the building is part of the Legh family coat of arms and has become synonymous with the identity of Newton-le-Willows itself.

The building was known initially as the Market House, with one wing fitted out as butchers’ stalls and the other for the sale of hardware, toys etc. Indeed for some time, this section of High Street was known as Market Street. Amazingly some of the original fittings for tethering cattle still survive in the footpath nearby. Alas, the revival of the market was not so long-lived and its success was only intermittent until being re-established at Earlestown in 1870 as a Friday Market.

Newton Nursery lay behind The Archway and subsequently it became part of that establishment, with the eastern wing being converted to a dwelling for the proprietors, John Randall and Son. That is how its use continued until the late 1980s, when the nursery land was developed for housing and the remaining garden centre continued to trade until the mid 1990s. In 2001/02, work started on the building’s refurbishment as part of a restaurant. Bearing in mind that it was proposed to be demolished in 1981 and has had an uncertain past, let us hope that this much admired symbol of Newton-le-Willows has a bright and long future.

The Former Magistrates Court (opposite) was built in 1899 as the Police Station, it then became the Magistrates Court until conversion to a bedroom furniture shop in the late 1980s. At the time of writing, the building is again to undergo a change, soon to be residential flats.

The Oak Tree Public House (at the top end of High Street) was formerly the Royal Oak, one of the oldest in town and older than its exterior would indicate.

158 and 160 High Street are a pair of very old cottages that have been vacant for too many years, but again there are recent plans for renovation. No 158 originally had a thatched roof which caught fire in 1908 and again in 1920. Subsequently it was covered with ugly corrugated sheets but hopefully it will have a bright future but in a less dramatic way! 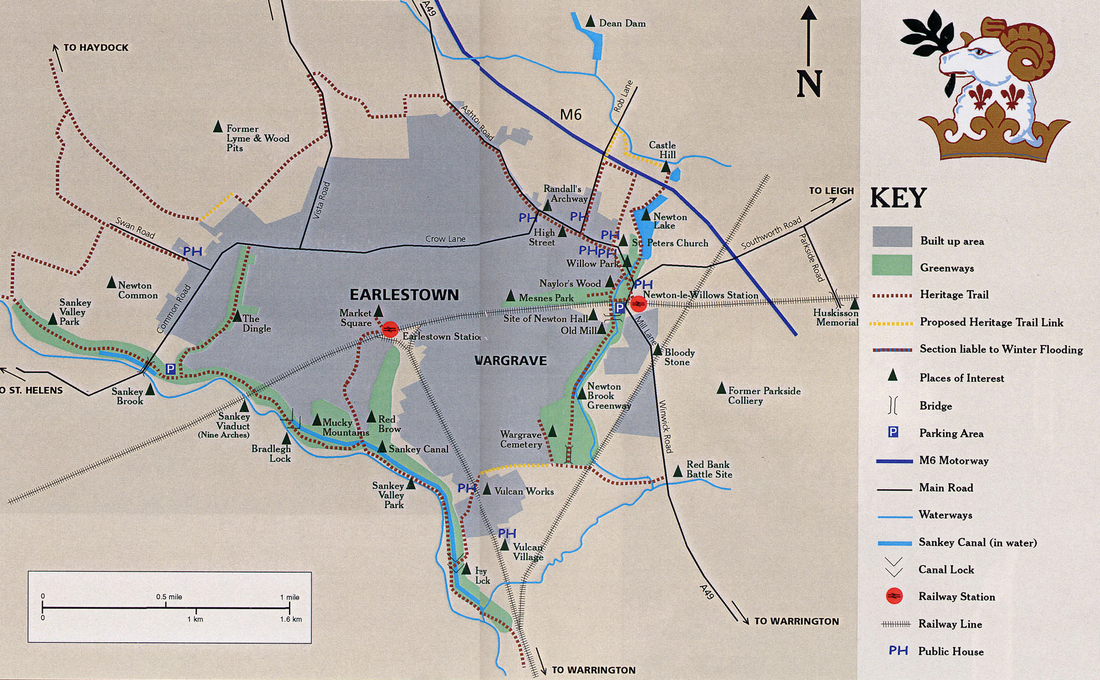